Benefits Of Becoming A Flight Attendant 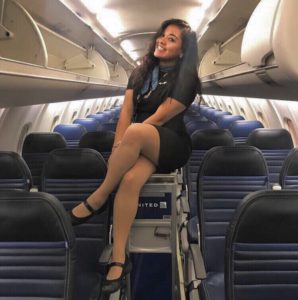 As a flight attendant, you will be in contact with thousands of airline clients and locals in many different destinations. You will also enjoy low airfares since most airlines offer their employees discounts on travel. You can also expect discounts on hospitality services at various destinations. Many flight attendants have a flexible schedule as they choose the time and frequency of their flights.

Depending on the airline, you can even fly for free! Many airlines will reimburse you for all of your travel, including fares and airport taxes. Moreover, you will be entitled to a retirement plan and insurance benefits. Furthermore, some airlines offer college matching programs for their flight attendants’ dependents.

Besides getting paid to travel, flight attendants will enjoy free accommodations and a daily allowance. These allowances will help you travel the world for free, as long as you are staying in a four or five-star hotel. Additionally, many airlines give their flight attendants profit sharing bonuses, which can range from one to 16 percent of their annual salary.

The physical requirements to become a flight attendant vary from airline to airline. However, the height range is generally between four and six feet. Those over seven feet may have difficulty standing for long periods. Those who are at least five feet, eleven inches tall are considered acceptable. Flight attendants must also be in good health.

Other requirements for becoming a flight attendant include fluency in English and another language. Applicants must also be citizens of the United States or hold a Green Card. In addition, they must be able to enter and exit the country without incident. Additionally, they must possess valid identification and have a clean criminal record. The Federal Aviation Administration also requires a background check for potential flight attendants. While parking tickets and speeding tickets are acceptable, an arrest record may negatively impact a flight attendant’s job prospects.

A passport is another requirement for a flight attendant. Some airlines require that flight attendants have at least a high school diploma or some college education. In addition, attendants must be in good physical health and have good eyesight. Finally, they must meet the minimum height requirements for the airline they plan to work for.

Before a flight attendant can be hired, they must undergo a drug test. They will also be subjected to ongoing testing as part of their jobs. In some countries, flight attendants are randomly tested each year without prior notice. Most of these tests use urine, which are relatively simple and highly accurate. These tests can detect marijuana, cocaine, opiates, and amphetamines.

Having a positive drug test may also mean that the airline rejects the applicant from their job. Though many US states have legalized medical marijuana, the FAA still has strict policies regarding the use of marijuana on airplanes. This means that even if an applicant has a medical marijuana prescription, they will be disqualified from the job.

To apply for a job as a flight attendant, you’ll need to go through a conventional interview process. This can consist of a phone interview or an in-person conversation. You should expect to be asked a wide range of questions, some of which are specific to the role of a flight attendant. The questions may also be related to the airline and your own personal qualities, so you should be ready for anything.

The process begins with an application and a resume. If selected, you’ll be invited to attend an airline hiring event, which will include information about the training process and a chance to practice making flight announcements. You’ll also be required to participate in an individual interview, where you’ll be asked specific questions about your qualifications. You should be prepared with a pen and notepad, makeup, and a water bottle.

The interview process to become a flight attendant is one of the most difficult. Not only will you have to pass several tests and answer scenario-based questions, but you’ll also need to do some research. Luckily, there’s help on the internet if you need it. You can research the airline company, read testimonials, or ask friends and family for references. The goal is to feel confident going into the interview, and by being well-prepared, you’ll have a better chance of success.

How To Become A Project Manager

How To Become A Professor

How To Become A Photographer?

You may have missed

How To Become A Project Manager

How To Become A Professor

How To Become A Photographer?

How To Become A Nun?

How To Become A Notary Public?